At least 37 fighters from the al-Shabab militant group have been killed in two air strikes, the US Africa Command has said in a statement.

They said strikes took place in the vicinity of Debatscile on Monday, but added they had not assessed if any civilians were killed or injured.

Al-Shabab operates in central and southern Somalia and aims to overthrow the UN-backed government which is based in the capital, Mogadishu.

The group regularly conducts attacks against government forces and civilians. 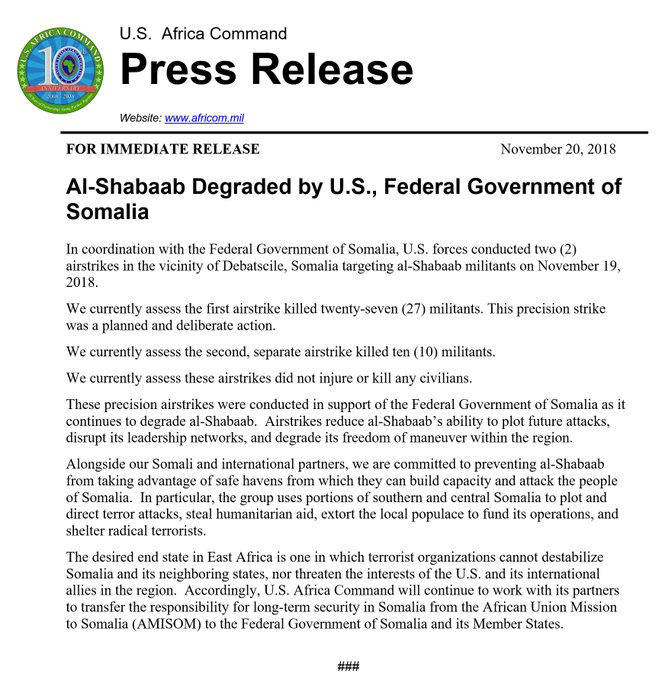 Soldiers’ Killing: 10 Weapons Recovered And Handed Over To Military – Ortom

Gov. Sanwo-olu Explains Why Lagos State Does Not Have Amotekun

Jonathan Hits Aliyu: You Are Pathetic, I Had No Agreement With Northern PDP Governors